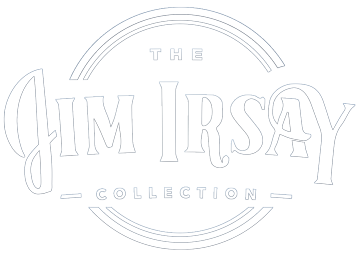 ABOUT THE JIM IRSAY COLLECTION

Jim Irsay’s passion for rock music, American history and pop culture led him to assemble a robust collection of historic and culturally-significant artifacts over several decades that together make up The Jim Irsay Collection.

The collection is highlighted by musical instruments and items owned and used by the greatest artists in music history, including Bob Dylan, The Beatles, Prince, Eric Clapton, Sir Elton John, Jerry Garcia, Les Paul, David Gilmour, Jim Morrison, Pete Townshend, Jimi Hendrix, John Coltrane, The Edge, Janis Joplin, Kurt Cobain, and other icons, as well as signed photos, handwritten lyrics, and other historic music memorabilia. In 2022, his collection of guitars was highlighted as “The Greatest Guitars on Earth” by Guitar Magazine.

Irsay, owner & CEO of the NFL’s Indianapolis Colts and an active philanthropist, regularly loans items to museums, nonprofits and other organizations for display and research.Items have been displayed at the U.S.’s Rock & Roll Hall of Fame, The Metropolitan Museum of Art (The Met), The Lincoln Memorial, the world-famous Beverly Hills Hotel, and the Indiana State Museum; as well as at The Centre Pompidou (Paris), the British Library (London), Auditorium Parco della Musica (Rome) and other locations around the world.